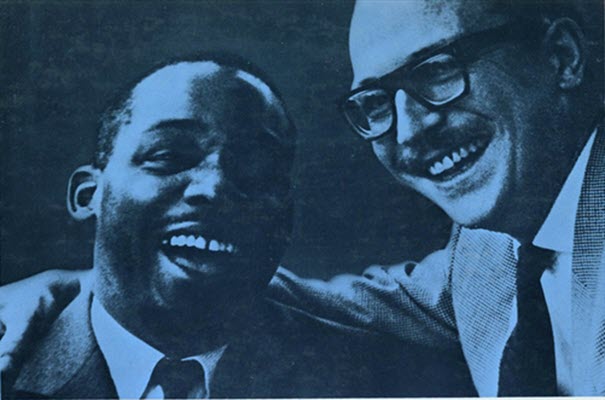 Kenny “Klook” Clarke and Francois “Francy” Boland are considered the pioneers of the “modern” Jazz big band. Their sexy cool sound had a fresh youthful upswing that complimented and supported the upcoming early 60’s European generation. Just as the ones before and after them, they did not want anything to do with that traditional big band Jazz music. I should explain a little more of what was then occurring in the Jazz world. Jazz in the ’60s was exceptional and very inventive but it generally consisted of quartets and quintets. Klook and Francy simply added excitement to the music with that big band feel so these newcomers of Jazz could relate. It was sort of a trick, in order to entice the new generation that grew up listening to the traditional big band music their parents enjoyed. These newcomers probably missed out on the Hard Bop Jazz era that began in the mid-’50s or maybe were not raised with Jazz in the household. Nevertheless, Klook and Francy were able to lure them into the Jazz world and where it would be more comfortable for them. As for the Jazz aficionados of the day, it was just more food on their plate, they loved it! Here’s an example from their very first album as a big band, “The Golden 8.” Remember, this was recorded in 1961 and just at the very start of a successful 15 years of significant recordings. Here’s “Softly As In A Morning Sunrise”: 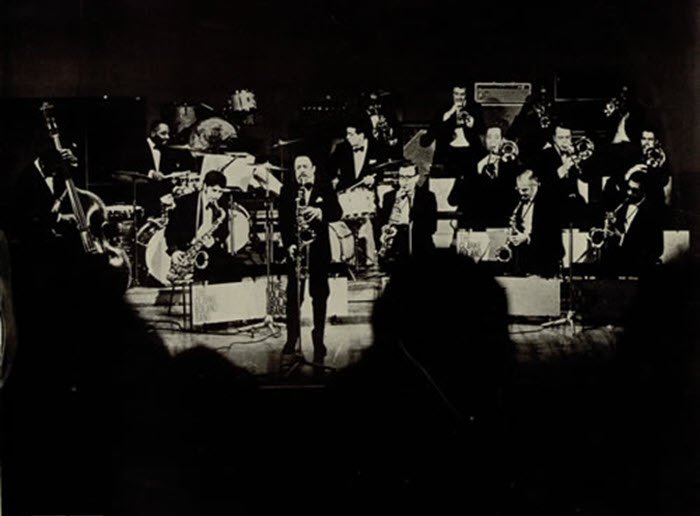 The very next album they recorded literally made a statement and put them on the map! “Jazz Is Universal” was a big hit that set and put into play a most important trend that paralleled the important cultural changes that occurred throughout the ’60s and into the mid-’70s. Each album reflected the times and with that Jazzy big band perspective that never lost its traditional roots. Their legendary ensembles were more appealing to a less complex Jazz audience that simply were not as “extreme,” as those night owl Jazz fans that frequented the more personal venues held in small underground type Jazz clubs.

Big band Jazz was quite popular in the ’30s and ’40s until it began to lose ground right after WWII when Bebop came along to transform Jazz further. The ’50s was a very productive period, as the big band Jazz “sound” was nowhere to be found.

Klook and Francy found a way to revive it and in their own special way. They did wait until 61 because Kenny Clarke was all wrapped up with the Bebop and Hard Bop movements. Here, take a look at Kenny Clarke’s Discography  and see all the historical recordings he was part of. Francy Boland, on the other hand, was 15 years younger than Klook so his discography starts later and with fewer appearances. He was active during the Hard Bop, as a sideman in Europe with Bobby Jaspar. Besides mastering the piano his main gift to Jazz was arranging. He is quite an arranger and for very popular big bands, take a look here. 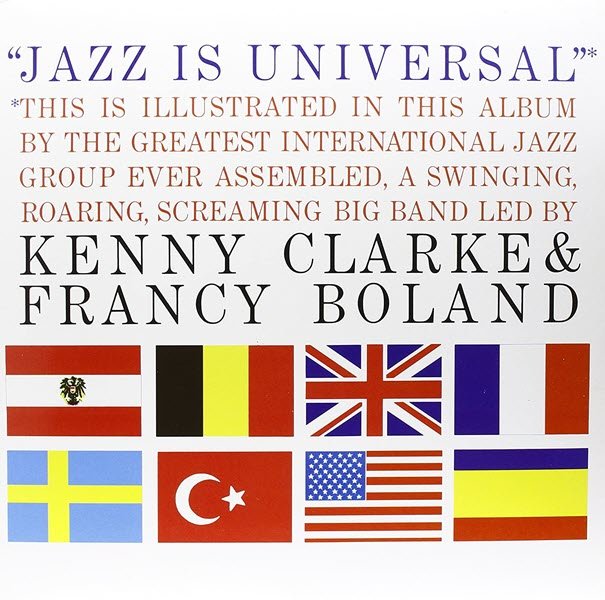 Their version of big band music was as the Jazz is Universal album cover explains, “This is illustrated in this album by the greatest international Jazz group ever assembled, A Swinging, Roaring, Screaming Big Band led by…..” I would also like to add the “Avant-garde” type of twist it possessed. This gave it more strength as it pleased all jazz fans, including those intimate underground Jazz club fans. This revival of the big Jazz band served a big purpose on an international level and was again very positive to the survival and legacy of Jazz music. One can actually go as far as categorizing and actually nominating this big band as ambassadors of Jazz! As their very next album title stated, “Jazz is Universal.” Here’s “Charon’s Ferry, enjoy:

Here’s a look at the band in action:

I could go on here in a chronological manner but I rather direct you to a much more “complete and detailed”  description of all the success of this incredible big band. This post on a very interesting Jazz blog “Jazz Profiles” is fantastic, enjoy!

I’ll place here some tunes they recorded until the early 70’s.

Here’s “Pentonville” from their 1969 recording “At Her Majesty’s Pleasure”:

I feel anyone would get a good grasp of the dynamics behind Klook and Francy with all this information I placed here. And remember, it’s not necessary  to go anywhere to hear their music, just tune into Jazz Con Class Radio right here and ENJOY!