The year 1960 was a pinnacle time for Jazz music and it’s future. Things were looking up as the Hard Bop era that had begun more or less in the mid-’50s was in full steam and with no sign of decelerating from its incredible pace in the near future. Everything was looking up for the future of Jazz except for one very important element that would help sustain it and help guide it through the ’60s and beyond. There was a small concern about the already established musicians and it had to do with age. We’re talking about those who led the charge and took Jazz a step further from its Bebop roots,  they were getting a bit older and needed some new young talent to continue on the tradition they had created. Hard Bop needed to extend itself so it could reach another level and to be more precise, another dimension. This is where Freddie Hubbard comes into the picture, alongside a creative crop of very young talented Jazz musicians. These young studs happened to be available and well trained by the older legendary Jazz greats. Freddie Hubbard sure made an enormous splash with his very first 4 albums he recorded as a leader. These albums in order were “Open Sesame,” “Goin’ Up,” “Hub Cap” and “Ready For Freddie.” He recorded these albums at the tender age of 22 and 23, respectively in 1960 and 1961. These 4 albums not only catapulted him to a higher status but also, more importantly, ensuring a bright future for Jazz music.

“Open Sesame” was the first of these 4 albums that I’m featuring here and it was recorded on June 19, 1960, at Rudy Van Gelder’s famous recording studio located in Englewood, New Jersey. It is Freddie Hubbard’s “official” debut album and featured a host of legendary Jazz musicians, learn more.

“Goin’ Up” was recorded near the end of the year on November 6, 1960, at Van Gelder’s studio as well and was released the following year. It is a more traditional Hard Bop recording that featured Freddie Hubbard on Trumpet, Hank Mobley on Tenor, McCoy Tyner on Piano, Paul Chambers on Bass, and Philly Joe Jones on Drums. A tremendous support band for an up and coming SUPER STAR with a great future ahead of him! Learn more here 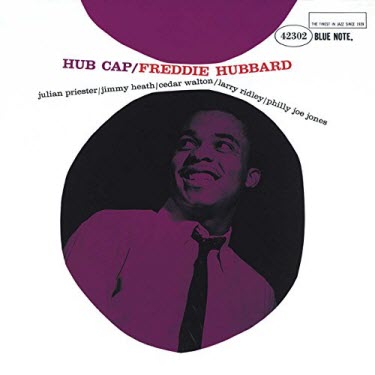 On April 9th of 1961, Freddie Hubbard and his band entered Rudy Van Gelder’s studio in New Jersey for recording purposes. After a few hours, this legendary septet exited the building with 6 timeless Jazz tunes under their belts. Freddie Hubbard named the album “Hub Cap” and it was released 7 months later in October. Learn more about Hub Cap here..

Very Important NOTE: There was an album named “Minor Mishap” that was originally credited and lead by trombonist Willie Wilson. It was recorded months after in August but later credited to Freddie Hubbard, learn more.. 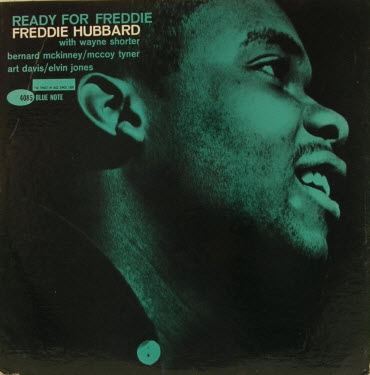 The fourth of these significant albums and the one that deservedly catapulted him to an elite level was “Ready For Freddie.” From here on “Freddie Hubbard” became a household name in the Jazz community and he never disappointed as he regularly recorded one legendary album after another right through the ’60s and well into the ’70s. One must note, Freddie Hubbard along with other young Jazz musicians fused all they had obtained from the greats before them and incorporated it all into the new “American Culture” that was emerging right before their eyes. Learn more about this extraordinary album..