Joe Henderson and “The State of the Tenor” 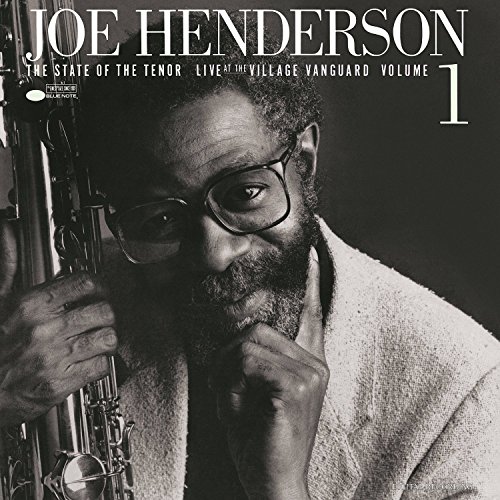 Who would have thought that Joe Henderson would produce one of his best recordings in 1985? There’s nothing “shocking” for me or any other knowledgeable Joe Henderson fan to imagine that he was so called, “Over the Hill.” The only concern would rest on how “Sharp” he would be at the age of 48, would he be able to deliver that particular signature “Message” to the listeners? Further concern would be the “Live” setting, would he be as effective where there would be no place to hide, no place to disguise any sort of wear n’ tear. Well, there’s no doubt about it, he frankly knocks all the listeners on their ass with this performance, WOW!! Joe Henderson is a true master to all Jazz musicians and fans alike. He always had a modern “rebel” type of style that particularly flourished during the 60’s, he was a true improvisational force! The great thing about the Joe Henderson “sound” is how equally it is “understood” and admired by those who were simply too young and have recently become familiar to his music. He was truly very “Cool” when he broke into the scene in 1963 and is still considered to be a Jazz “Aficionado” to the new and more modern appreciating Jazz fan. There’s a place for him in all Jazz fans’ heart, what an “inspirational” individual he was! More on Joe Henderson (Wiki) here.  Read this article about this particular performance (Bluenote.com). You can purchase it here.

Here’s Isotope from this album: