Great trumpeter Lee Morgan – Remembrances from Musicians, Friends, and the Woman who ended his life. 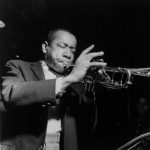 “I Called Him Morgan” is a moving tribute to the legendary musician Lee Morgan. Documentary filmmaker Kasper Collin has [...]

“I Called Him Morgan” is a moving tribute to the legendary musician Lee Morgan. Documentary filmmaker Kasper Collin has given us the chance to finally get some idea as to what led up to the tragic killing of Lee Morgan at the hands of his (common-law) wife Helen back in Feb. 1972 at the now defunct jazz venue Slugs, then located on 3rd St. on the Lower East Side of Manhattan. With the help of a sound recordings made by an adult education teacher / radio host and jazz enthusiast who discovered inadvertently that one of his students had been married to a jazz musician, he then asked what his name was and was told that his name was Lee to which he replied – ” Lee Morgan ? ” Helen affirmed this to be true, which led to the educator – Mr.Larry Reni Thomas of Wilmington, N.C. requesting that he conduct an interview with Helen and she replied that she would think about it. She eventually did contact Mr. Thomas and proceeded to tell him on tape in a series of interviews about how the two met and how their relationship developed up to and including that fateful final day that ended Lee Morgan’s life. There were numerous noteworthy musicians who were interviewed for this documentary, including – Wayne Shorter, Jymie Merritt, Larry Ridley, Billy Harper, and Paul West. There is extensive use of the B & W photos of legendary Blue Note Records co-owner Francis Wolff, in addition to numerous clips featuring Lee Morgan along side his fellow musicians who performed with him in the Art Blakey and the Jazz Messengers ensamble. The director Kasper Collin must be credited for including extended musical excerpts in his production. The film is a must see for any true lover of Lee Morgan’s trumpet playing, in addition to which it provides compelling insight to one of the jazz world’s greatest human tragedies. The film is currently being screened in N.Y.C. at the Lincoln Center Film Society venue on 65th St. bet. Broadway and Amsterdam Ave. (south side of the street). Starting on March 31, it will be screened at the Metrograph Theater at 7 Ludlow St. on the Lower East Side of Manhattan. Check their websites or call for further details.

Here’s the trailer to the documentary “I Called Him Morgan.”:

Here’s the website for Film Society Lincoln Center and where you can learn more of the public screenings of “I Called Him Morgan.”

Here’s the homepage (Check Calendar link) for the Metrograph Theater, in case you cannot make it to Lincoln Center.

Greg Lehman- Is a multi-diciplinary artist and performer, who works as a teacher in NYC and has been an avid collector of (mostly Jazz) records for most of his adult life.

If you have any questions for Greg concerning the review, please use the comment section here.

Podcast to “Promote” and “Branch Out”

As a promotional tool, I have created a podcast page on iTunes for the sole purpose of promoting Jazz Con Class Radio for [...] 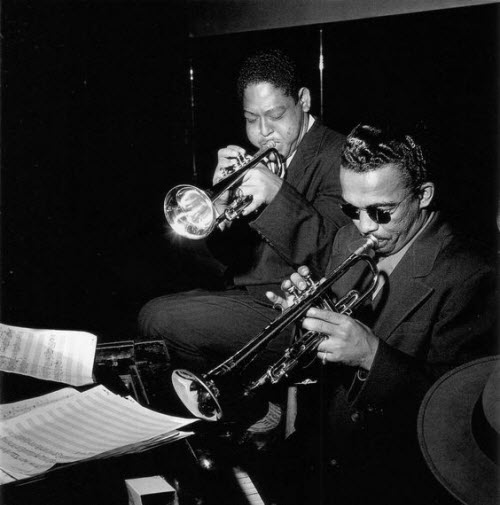 As a promotional tool, I have created a podcast page on iTunes for the sole purpose of promoting Jazz Con Class Radio for those who are not aware of the station. I’m always trying to find a new path that would branch out the tree of Jazz music. This is not only important for this radio station but for all Jazz fans to be involved in, spreading the word about Jazz music and its importance is really our duty. Keeping it to yourself can be sort of self destructing for Classical/Traditional Jazz music in general, because it stops it from spreading out (branching out) to the upcoming generations. Here’s my official 1st podcast, I named it “A Bebop Teaser.” You can also check it out on my Jazz Con Class Radio on the  iTunes Podcast page and/or the Google Play Podcast Portal. Here’s my Podcast link on this website. ENJOY!