The “Lou Takes Off” album and a little about Lou Donaldson 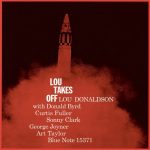 Lou Donaldson was a big force in the “Hard Bop” movement which evolved directly from Bebop in the very early 50’s. He was [...] 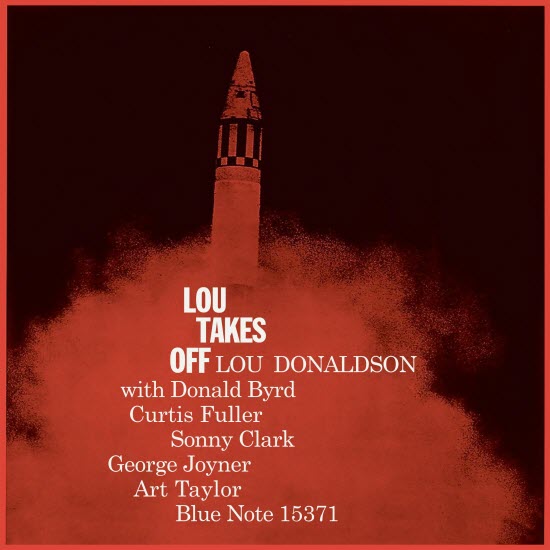 Lou Donaldson was a big force in the “Hard Bop” movement which evolved directly from Bebop in the very early 50’s. He was very much established as a premier alto saxophone player by 1957 and when this album was recorded. He apparently was very up-to-date with the surprise launch of of the historic Russian Sputnik satellite mission and used it on the album cover. “Sweet Lou” was certainly taking off and recorded a ton of albums afterwards, here’s his discography.

When Lou Donaldson emerged in the early 1950s, virtually every young alto-saxophonist sounded like a close relative of Charlie Parker. While Bird would always be an influence on him, Donaldson (who is still playing very well these days at age 82) had his own approach to playing jazz, and he quickly became instantly recognizable as a more soulful and bluesy player, one who was nicknamed “Sweet Lou.” Donaldson could always play bebop with the best but he also loves to caress ballads and to really dig deep….Read More 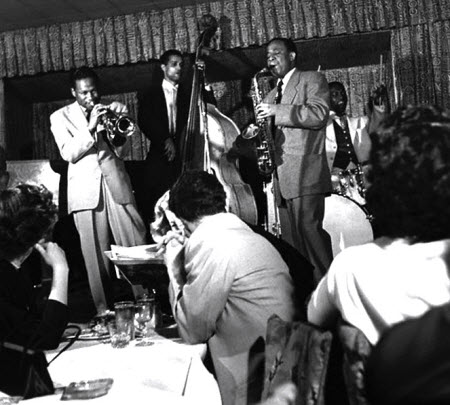 Jazz critics agree that “Sweet Poppa Lou” Donaldson is one of the greatest alto saxophonists of all time.  He began his career as a bandleader with Blue Note Records in 1952 and, already at age 25, he had found his sound, though it would continue to sweeten over the years — earning him his famed nickname –“Sweet Poppa Lou.”  He made a series of classic records for Blue Note in the 50’s, and takes pride in having showcased many musicians who made their first records as sidemen for him: Horace Silver, Clifford Brown, Grant Green, Blue Mitchell, Donald Byrd, Horace Parlan, and others.  After also making some excellent recordings for Cadet and Argo Records in the early 60s, Lou’s return to Blue Note in 1967 was marked by one of his most famous recordings, Alligator Boogaloo. Lou was awarded an honorary Doctorate of Letters by North Carolina A & T University and a scholarship was established in his name that is awarded to the most gifted jazz musician at North Carolina A & T University each year. He was inducted into the International Jazz Hall of Fame, is an NEA Jazz Master — the nation’s highest honor in jazz, and is the recipient of countless other honors and awards for his outstanding contributions to jazz, America’s “classical music.”

Lou was born in Badin, North Carolina on November 1, 1926 — the second of 4 children born to father Andrew, a minister and graduate of Livingstone College, and mother, Lucy, graduate of Cheney University who was a teacher, music director and concert pianist who recognized Lou’s expert ear for music and introduced him to the clarinet. He matriculated to North Carolina A& T College at age 15 where he received a Bachelor of Science degree and joined the marching band playing clarinet. After being drafted into the US Navy in 1945, Lou played in the Great Lakes Navy Band where, when playing for dances, he would also play the alto saxophone. After going into Chicago several times, he heard of Charlie Parker and, after checking him out, decided that this was the style of playing he would make…..Read More