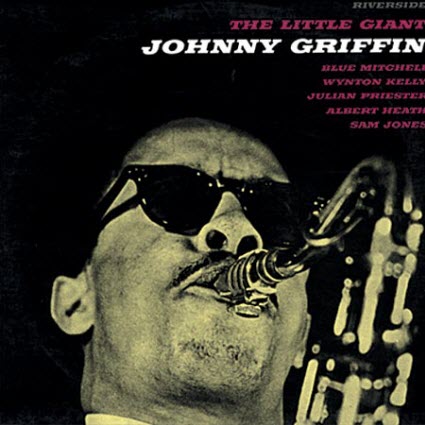 Johnny Griffin was a short man in stature but his sound was big and loud! This is why he was known as the “Little Giant.” There was never a dull moment with his playing style, as he improvised constantly and in his own unique exciting manner, very impressive indeed! This particular album which was appropriately named “The Little Giant” was his six recording of a consistent career that spanned over 40 years and until the year 2000, check his discography here. This is a no-brainer, get it, ENJOY!

A bit of an offbeat session for tenor saxophonist Johnny Griffin, The Little Giant features three originals by then-obscure pianist Norman Simmons, a reworking of the pop tune “Playmates,” Babs Gonzalez’s “Lonely One,” and the tenorist’s “63rd Street Theme.” Simmons’ arrangements for the three horns (which include trumpeter Blue Mitchell and trombonist Julian Priester) are colorful; the rhythm section (pianist Wynton Kelly, bassist Sam Jones, and drummer Albert “Tootie” Heath) is state of the art….Read More