The “Saturday Jazz Show” is Official! Johnny Griffin and “The Little Giant” album 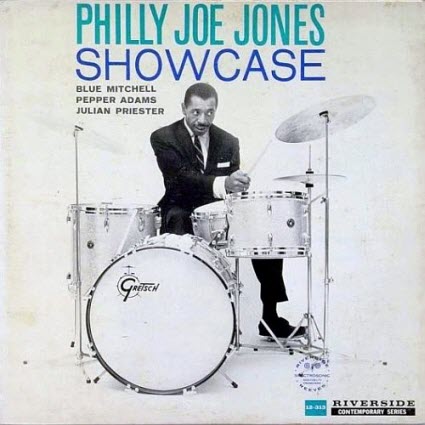 This 1959 session from drummer Philly Joe Jones not only showcases his inimitable drumming skills, but also his ability to play the piano and compose music. For example, his self-penned ballad “Gwen” is performed here with great success. Not only is it a well-written tune, Jones’s piano playing on the track is dynamic and harmonically advanced.

Despite Jones’s versatility, his drumming is still the album’s main focus. For example, on “Joe’s Debut,” Jones takes a very lyrical solo, implying the tune’s melody at each turn, proving that drums can be colorful, melodic instruments. Further, Jones’s driving snare solo on “Minor Mode” really shows off his technical acumen; he displays some very fancy stick work here. The lush ballad “I’ll Never Be the Same” serves as the perfect counterpoint to the drum-set features. On this track, there is wonderful interplay between……Read More