From the monthly archives: "August 2015"

The “Saturday Jazz Show” is Official! 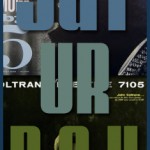 The “Saturday Jazz Show” is OFFICIAL! Besides the time consuming task of preparing a high quality FIVE Hour Jazz presentation, I also need to make [...]

The “Saturday Jazz Show” is OFFICIAL! Besides the time consuming task of preparing a high quality FIVE Hour Jazz presentation, I also need to make sure that all the components (links) associated with this new show are properly linked together throughout the whole Jazz Con Class Radio Blog/Website. I alerted the listeners here and on Facebook with an “Unofficial” debut post last month but it was a sort of teaser

to get all the listeners excited a little. Now it is definitely “OFFICIAL” as you can see with the official logo I created and placed here on this post the sidebar. It has link for all the Playlists link and has been it’s own standalone link also. It can also be found on the Schedule link. As I mentioned on that previous post, every Saturday will feature a fresh new playlist that I prepare ahead of time. You can say its a lot of work but it comes with the territory a person decides to own and broadcast a radio station. Its even more challenging when that person wants to broadcast the best music ever recorded! There must be a total devotion/sacrifice made to make sure it is interesting, entertaining and most importantly, educational. In this case here, with the new “Saturday Jazz Show,” I felt it was necessary for the Jazz Con Class Radio listeners to have a special Jazz presentations on weekends also, there was certainly a need for that. That’s not all fellow listeners, I am also thinking of featuring it twice during the day and for those who unfortunately miss part of the 5 hours and/or simply had no chance on the earlier time slot. This allows a second chance to enjoy the show, this is is fair and logical. For for now please and for the next few weeks, please patient if you cannot catch it. I will be starting the broadcast of this new playlist, the “Saturday Jazz Show,” on 1P.M New York Eastern Daylight Time and it will run until 6P.M. The Jazz Con Class Radio library is literally expanding every day and I have the potential of effortlessly preparing hundreds of 5 hour presentations without repeating a single song. I hope you enjoy this new Jazz show and all that Jazz Con Class has to offer!

Note: Learn of all the ways to enjoy Jazz Con Class Radio here 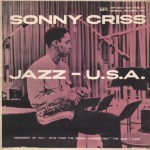 If you ask any Jazz expert, they will tell you that Sonny Criss was one of the best alto saxophonist ever. They will [...] 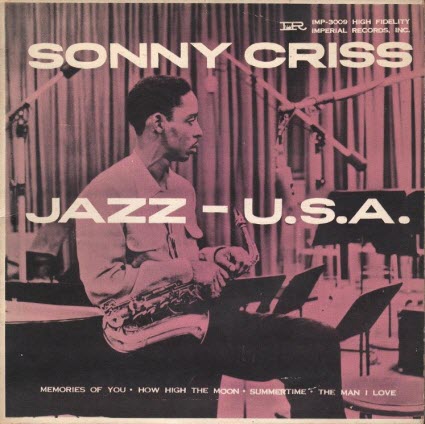 If you ask any Jazz expert, they will tell you that Sonny Criss was one of the best alto saxophonist ever. They will also tell you that he never received the credit that should have, that’s certainly true. They even argued that the reason why was because Sonny Criss never left the west coast and that is not true. Refusing to leave the west coast in the 50’s deprived many great Jazz musicians from exposure but that wasn’t the case with Sonny Cross. There were great albums recorded in the west coast in those days but they wouldn’t travel too far, the major Jazz record labels had more of a distribution range and that included Europe. It’s a crying shame but he’s not the only musician that was not totally appreciated until it was too late. “Jazz-USA” is a true classic but if you just became interested in Sonny Criss then buy the “Complete Imperial Sessions” which contains this album, Go Man!, and Sonny Criss Plays Cole Porter. You can’t go wrong!

Great article about Sonny Criss (By Steven A. Cerra):

“I was playing with Sonny Criss and Hampton Hawes – a great Jazz pianist. … Sonny had such a great ear that he could hear something once and play it. …

Sonny Criss and I played together quite a while until I went to study with Joseph Cadaly [a first chair saxophonist at RKO Studies who taught reeds, harmony and solfège]. That’s when Sonny and I split up. He continued into progressive Jazz, and I went and studied.

When we split, he started going all up and down the Coast playing and going to Europe. But I don’t know, it just didn’t happen. He’d get records. People said he was great. They played his stuff. But it just didn’t happen for him, and I think that kind of disturbed him. Especially when you put your whole soul and your whole life and just wrap up everything into something and it doesn’t happen.

He was pioneering and when you’re pioneering, it’s kind of more difficult to get recognition …. You have to suffer when you’re a pioneer. So that’s what hap­pened, really, I think, with Sonny. He was just early.

Criss was a bop saxophonist, strongly influenced at first by Charlie Parker. But his mature style was more distinctive: he produced a warm, rich tone and a prominent vibrato that Par­ker lacked. He was capable of playing dazzling runs with such effortless grace that they never sounded ostentatious. An excel­lent jazz musician, through lack……Read More