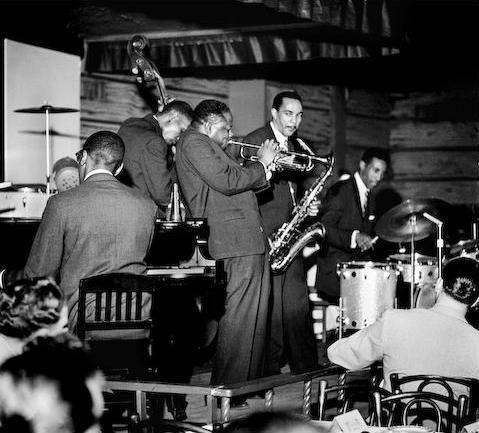 This is an official announcement of a 10-Hour Hard Bop Jazz special. It will Start at 1P.M. and end at 11 P.M. (New York-Eastern Daylight Time). Check the Schedule Link  Here and/or learn all the different ways to enjoy Jazz Con Class Radio HERE. This special will include West Coast Jazz as well since it was part of this incredible Jazz movement. The Hard Bop Jazz Era started at about 1951 (Not Official) and evolved directly from Bebop, as it became more integrated with Gospel and Rhythm and Blues. Although Bebop had traces of this, it was very raw and very experimental. Hard Bop took it to another level and where its musicians, especially the pianist and saxophone players, became more creative/inventive. I call it the “Golden Age of Jazz” and where the best Jazz musicians existed and were at their prime, at the same time. West Coast Jazz is Hard Bop as well but began in a more European Classical/Sophisticated form and as many critics argued, lacked the Gospel, Rhythm and Blues feeling. I disagree with this evaluation and feel that west coast musicians just started a little late and slowly caught on. The East Coast Jazz musicians began collaborating with the West Coast in about 1953 when they began to travel to each others Jazz meccas, which was New York (Already striving with Jazz) and Los Angeles (In its infant stages). Let’s not forget, Charles Mingus, Dexter Gordon and many, many other greats were from the Los Angeles area. This is a very short description of Hard Bop, so if you want to learn any further, I placed a few links below so you can begin somewhere. Thank you for your attention and ENJOY!