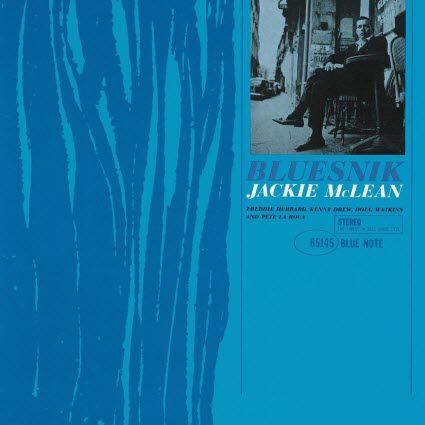 As the title suggests, this is a very bluesy album and a great example of how down and dirty Jackie McLean can get. McLean’s “bitter-sweet”, “piercing”, or “searing”, a slightly sharp pitch sound makes him very bluesy but has a confusing effect on the ears of newcomers who have not heard him before. Its the sharp piercing that sort of surprises the listener at first but after a few tunes, one will understand the passion behind his playing. Great album, you need it!

Alto saxophonist Jackie McLean was and remains one of the most distinctive of Charlie Parker’s acolytes, with a dissonant, bittersweet tone that was his alone. McLean was also among the 1950s hard boppers that favorably took to the avant-garde innovations of Ornette Coleman and Cecil Taylor. On 1961’s BLUESNIK, however, McLean is still tilling bop soil, though some small free influences were seeping in….Read More