Cannonball’s “Fiddler on the Roof” with Charles Lloyd 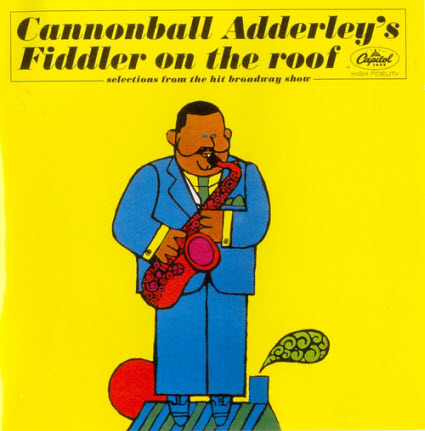 The cover of this 1964 Cannonball album, “Fiddler on the Roof” misrepresents its superior quality. This album can be one of Cannonball Adderley’s best. As you can read in the description below, Charles Lloyd is matched up with Cannonball either with the tenor sax or the flute. Lloyd was a big part of another classic hard-to-get album, “Cannonball Adderley Live” and a played on four songs (“Work Song”, “The Song My Lady Sings” and “Unit Seven”) on another Cannonball live album, “Radio Nights.” I’m suggesting the Jazz Con Class Radio listeners get a hold of this classic recording, enjoy!