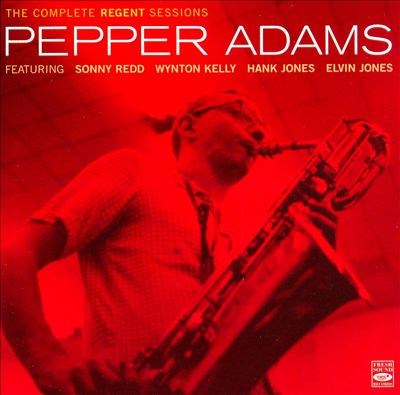 The multiple techniques that Pepper Adams possessed when playing the baritone sax is what made him different than the others and why he is considered to be the best for jazz fans. From Wikipedia under “Style”:

Pepper Adams was in many ways the antithesis of contemporary baritone players Gerry Mulligan and Serge Chaloff, who favored melodic cool jazz. In contrast, Adams managed to bring the cumbersome baritone into the blisteringly fast speeds of hard bop like no others had before.[13] Gary Carner, Adams’s biographer, described his style as having “very long, tumbling, double-time melodic lines. And that raw, piercing, bark-like timbre.”[7] Adams “succeeded in elevating [the baritone saxophone] to the level of all other solo instruments [with] blinding speed, penetrating timbre, distinctive sound, harmonic ingenuity, precise articulation, confident time-feel, and use of melodic paraphrase”.[14] Throughout his career, Adams consistently chose musical expression over large paychecks, as “[he] repeatedly recalled with great satisfaction his decision to play [in groups focused on musical expression] rather than to change his style to secure better paying jobs with now little-known white musicians”.[6] A large part of Adams’ appeal was that “[he] had the remarkable ability to blow low with enormous power and swing, becoming a hefty addition to big band reed sections. He also was an equally dominant voice in small groups, adding ferocious excitement and stamina”.[15]

“The Complete Regent Sessions” is an amazing album that all jazz enthusiasts should own. To learn more about Pepper Adams, go to this website created and maintained by Gary Carner, author of  “Pepper Adams’ Joy Road” : 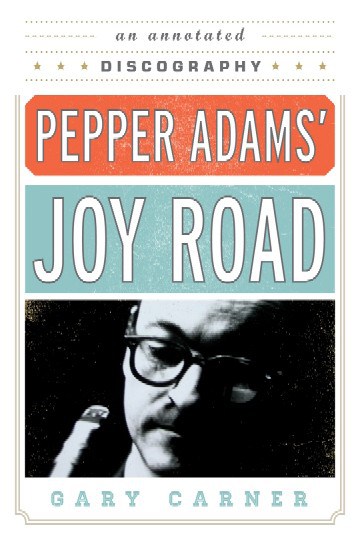 Pepper Adams’ Joy Road is more than a compendium of sessions and gigs done by the greatest baritone saxophone soloist in history. It’s a fascinating overview of Adams’ life and times, thanks to colorful interview vignettes, drawn from the author’s unpublished conversations with Adams and other musicians. These candid observations from jazz greats about Adams and his colleagues reveal previously unknown, behind-the-scenes drama about legendary recordings made by John Coltrane, Charles Mingus, Thelonious Monk, Dizzy Gillespie, Duke Pearson, Thad Jones, David Amram, Elvin Jones, and many others.

All types of sound material—studio recordings, private tapes and broadcasts, film scores, audience tapes, and even jingles—are listed, and Adams’ oeuvre is pushed back from 1956 to 1947, when Adams was 16 years old, before he played baritone saxophone. Because of Carner’s access to Adams’ estate, just prior to its disposition in 1987, much new discographical material is included, now verified by Adams’ date books and correspondence……..Read More

A self-styled pre-bop era player, Pepper Adams, a product of the Motor City scene, was keenly aware of the importance of having musical roots in the past. He confessed to the influence of Harry Carney, “in the way I wanted to play the horn. See, no baritone player should be afraid of the noise it makes. Carney isn’t. He gets right down into it, inside it”. Adams made these recordings in 1957, the year Down Beat jazz critics chose him……Read More

Jazz Con Class Radio
This is the LAST month of the 2020 "Let Independence Ring" Fundraiser! Please Help Fight the threat of Commercials and Ads with Your Support! Let's MEET the Goal, PLEASE GIVE! READ MORE to KNOW WHY
Hello. Add your message here.