From the monthly archives: "February 2014" 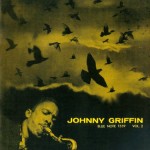 “Little Giant” was his nickname and he sure lived up to it! Johnny Griffin was the real thing but somehow is left out [...] 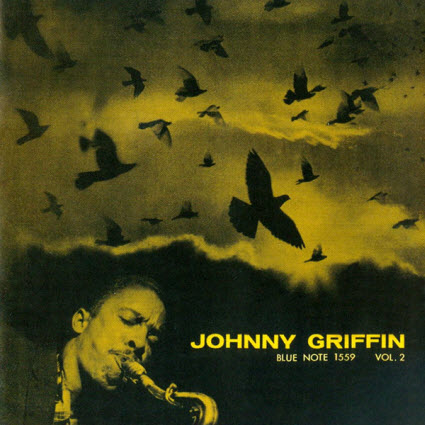 “Little Giant” was his nickname and he sure lived up to it! Johnny Griffin was the real thing but somehow is left out in jazzy musical conversations concerning any sort of comparison with other great tenor saxophonists. He always kept a strong loyalty to Charlie Parker as his bebop style of improvising is ever present in all his work. This album is a perfect example, as he challenges John Coltrane, Hank Mobley and Lee Morgan to a wailing contest, outstanding! This album is known as Volume 2 but is by no means, the continuation Volume 1, they are both the same session that took place on April 6, 1957. Vol. 1 was recorded and released that same year and Vol. 2 was remastered and released in 1999, with the edition of an alternate take to the forth and final song “Smoke Stack.”  “A Blowin’ Session” is another no-brainer classic recording that every jazz enthusiast should own. Oh, by the way, the other musicians in this monumental jam session are Art Blakey on the drums, Paul Chambers on the bass and Wynton Kelly on the piano! Can you beat that? Enjoy!

Recorded at the Van Gelder Studio, Hackensack, New Jersey on April 6, 1957. Originally released on Blue Note (1559). This is part of the Blue Note Rudy Van Gelder Editions series. This early date for saxophonist Johnny Griffin is one of his best. In addition to Griffin’s renowned skill and speed on the tenor sax–which is evident throughout 1957’s A BLOWING SESSION–the personnel here comprises an almost unbelievable all-star lineup. With Art Blakey’s hard-swinging thunder on the drums, Paul Chambers holding down delicate-yet-complex bass lines, and Wynton Kelly’s bluesy touch on the piano, the rhythm section is simply unbeatable. Add to this young firebrand Lee Morgan on trumpet, and the triple saxophone threat of Griffin, Hank Mobley, and John Coltrane, and you have one of the most talented bands of the hard-bop era. These musicians existed in the same general orbit–all had played with groups led by Dizzy Gillespie, Miles Davis, or Blakey himself….Read More 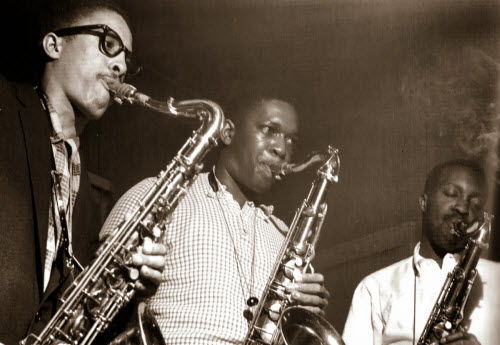 A Blowin’ Session is one of the greatest hard bop jam sessions ever recorded; it is filled with infectious passion and camaraderie. It’s also the only time tenor saxophonists Johnny Griffin and John Coltrane would play together on record. Initially Coltrane wasn’t scheduled to be on this date, but Griffin saw him on his way to Rudy Van Gelder’s studio and asked him to join the remaining musicians, third tenor Hank Mobley, trumpeter Lee Morgan, pianist Wynton Kelly, bassist Paul Chambers, and drummer Art Blakey. These musicians were all associates within the same East Coast hard bop scene of the time; they came from the Jazz Messengers and Miles Davis’ quintet….Learn More 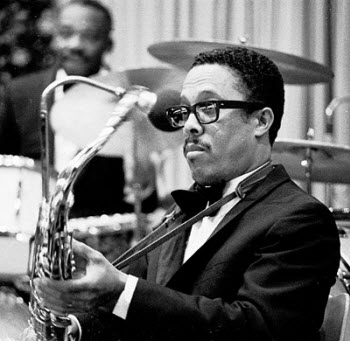 ohnny Arnold Griffin III (saxophonist) was born on April 24, 1928 in Chicago, Illinois and passed away on July 25, 2008 in Mauprevoir, France.

Griffin studied music at DuSable High School in Chicago under Walter Dyett, starting out on clarinet before moving on to oboe and then alto sax. While still at high school at age 15, Griffin was playing with T-Bone Walker in a band led by Walker’s brother.

Alto saxophone was still his instrument of choice when he joined Lionel Hampton’s big band three days after his high school graduation, but Hampton encouraged him to take up the tenor, playing alongside Arnett Cobb. He first appeared on a Los Angeles recording with Hampton’s band in 1945 at age 17.

By mid-1947, Griffin and fellow Hampton band member Joe Morris had formed a sextet made up of local musicians, including George Freeman,where he remained for the next two years. His playing can be heard on various early Rhythm and Blues recordings for Atlantic Records. By 1951 Griffin was playing baritone saxophone in an R&B sextet led by former bandmate Arnett Cobb……Read More

The great thing about the Hard Bop era is the endless discovery of great recordings like this album, “Kelly Great.” I [...] 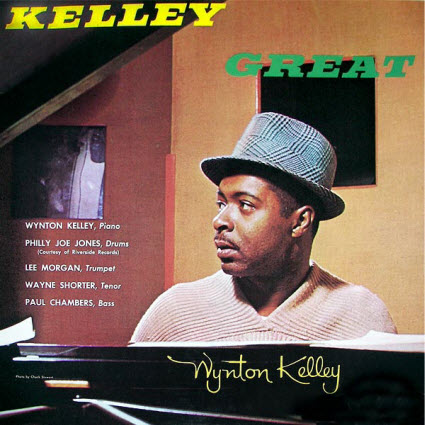 The great thing about the Hard Bop era is the endless discovery of great recordings like this album, “Kelly Great.” I found it when searching for albums in which Lee Morgan had participated in. If you are fund of a particular jazz musician and would like to find albums that are not familiar (and there are many in the Hard bop era) then you should go to wikipedia or discogs. This 1959 Wynton Kelly album is a real gem, featuring my favorite trumpet and tenor sax duel ever, Lee Morgan and Wayne Shorter, joined by Philly Joe Jones on drums and Paul Chambers on bass. Can’t beat this combination, another unknown classic, enjoy!

Joe Henderson’s “Mode for Joe” does it do it for you?

Wow! This album is actually one of my personal favorites! It has that late 60’s jazz sound I love but with that hard [...] 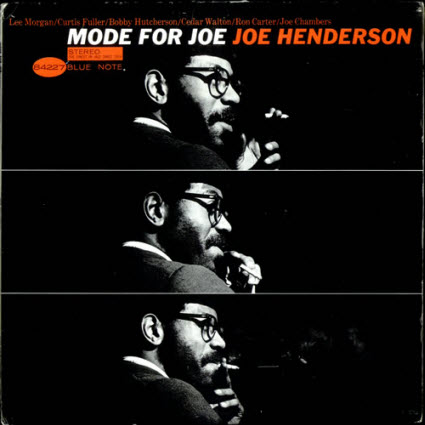 Wow! This album is actually one of my personal favorites! It has that late 60’s jazz sound I love but with that hard bopish grip that wouldn’t let go so easy and respected so much. All of the musicians in this 1966 album, “Mode for Joe” are hard bop greats (names listed on very top of album cover) and true believers of tradition but were in tune with the changing new variations of jazz. And because of their great improvisational ability, they were able to put their own spin and create music that reflected the social changes going on in America. Well played jazz can have a great impact on the listener in respect to projecting a “real” emotion that can aid or reenforce ones personal opinions. This album does it for me, does it do it for you? Enjoy!

Given the recording date of Mode for Joe and the band lineup, it’s easy to assume this is a straight-up hard bop album. However, this 1966 Joe Henderson record — featuring trumpeter Lee Morgan, trombonist Curtis Fuller, vibraphonist Bobby Hutcherson, pianist Cedar Walton, bassist Ron Carter, and drummer Joe Chambers — is a great example of modern jazz at its best. It was recorded during a time of sweeping musical changes due to developments in free jazz, soul-jazz, and even early experiments with fusion. It was a time when the bluesy and funky leanings of hard boppers were giving way to more individualized contemporary approaches. One of the best examples of this shift, Mode for Joe sounds more like……Read More 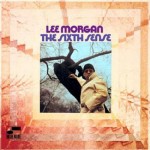 Every jazz fan knows how great of a special talent trumpet player Lee Morgan was and is very aware of all his enormous [...] 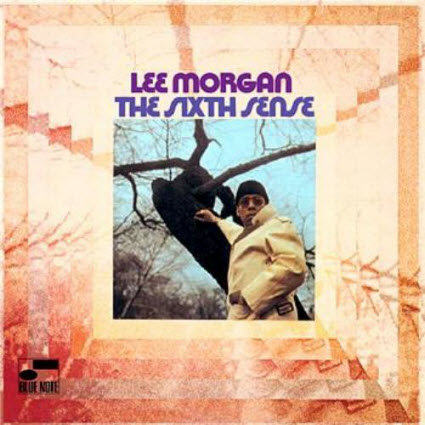 Every jazz fan knows how great of a special talent trumpet player Lee Morgan was and is very aware of all his enormous achievements, considering the short career he had. He managed to record 30 albums as a leader and was mostly known for the “Sidewinder” album but one that is almost never spoken about is “The Sixth Sense” album. This 1969 album was loaded with both healthy groovy improvising and strong spiritual bluesy songs. The first 6 songs are from the original recording and the last three bonus songs were recorded prior in November 7th of 1967. Every single song can stand on its own and has its special uniqueness to it, they are all very different in in every sense. All real jazz lovers should have this album in their collection, its a must! Not to mention, this precious album has a great historical importance that can be very beneficial for qualified teachers of late 1960’s American culture since it reflects the times and mood of the country in a critical point of its history, enjoy!

Lee Morgan wrote music that is both enjoyable and intriguing. Hits such as “The Sidewinder” and “Ceora” contain catchy melodies that bounce and sway. It’s the kind of music that stays popular through many generations. Five of his originals appear on this reissue of the trumpeter’s 1968 album; three previously unissued tracks from another recording session have been added. Born in Philadelphia July 10, 1938, Lee Morgan was surrounded by good music. By the age of 18 he was working in Dizzy Gillespie’s big band. Two separate tenures with Art Blakey and the Jazz Messengers extended his jazz education and armed the trumpeter/composer with the tools he needed to create music that would have a lasting impact. Sadly, he was murdered in 1972 by a girlfriend; Morgan was only 33. Over two dozen Blue Note albums and a handful on other labels remain as a testament to the trumpeter’s creative spirit.Remastering with a 24-bit resolution gives the album’s sound an excellent quality. The first six tracks were recorded November 10, 1967 at the Van Gelder Studio in Englewood Cliffs, New Jersey, while the last three come from a September 13, 1968 session. Tenor saxophonist Frank Mitchell and drummer Billy Higgins appear on both recording dates. The first session finds three horns (Morgan, McLean, Mitchell) passing the solo torch from one to another while keeping the mood cool and applying a little tension as directed by the….Read More

“Benny Golson and the Philadelphians” and the confusion behind it 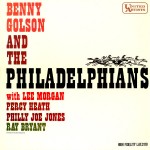 Benny Golson was a monster on the tenor sax and could match up with the likes of Coltrane when it came to improvising, [...]

Benny Golson was a monster on the tenor sax and could match up with the likes of Coltrane when it came to improvising, incredible! Now match him up with Lee Morgan, who when this album came out was 20 years of age. This album contains 10 songs but the first 6 songs are from the original recording and has the musicians listed on the album cover. The final four songs (7 to 10) are bonus tracks and from a different date and place, Paris, France on December 12, 1958. None of the musicians listed on the cover were not there accompanying Golson, it was totally a different gig (more below).  The Blue Note album cover was different, image above is from the original album (United Artists), which cannot be purchased. Enjoy this great rare album, a must have!

The title of this 1998 CD reissue is a little inaccurate. This set does have a six-song session with the all-Philadelphia crew of tenor saxophonist Benny Golson, trumpeter Lee Morgan, pianist Ray Bryant, bassist Percy Heath and drummer Philly Joe Jones. But there are also four numbers from a month later in which Golson and pianist Bobby Timmons are joined by a trio of Frenchmen: trumpeter Roger Guerin (who was actually the date’s leader), bassist Pierre Michelot and drummer Christian Garros. Ironically, the previous Swing LP had the equally inaccurate title of Benny Golson In Paris; the first date was actually cut in New York. In any case, the music is quite enjoyable, and the two dates match well together. Golson, Morgan and Bryant take excellent solos on three Golson tunes and one apiece by Bryant, John Lewis (“Afternoon In Paris”) and Gigi Gryce. The French session finds the band performing four numbers from the Jazz Messengers……Read More 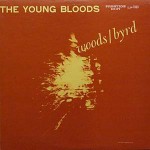 This is a classic album featuring Donald Byrd(trumpet) and Phil Woods (Alto Sax), along with Al Haig (Piano), Teddy Kotick (Bass) and Charlie [...] 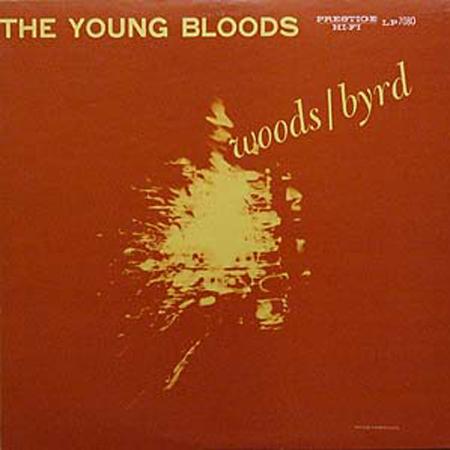 This is a classic album featuring Donald Byrd(trumpet) and Phil Woods (Alto Sax), along with Al Haig (Piano), Teddy Kotick (Bass) and Charlie Persip (Drums). It was recorded in 1956, so that would make Byrd 24, Woods 25, Kotick 28, Persip 27 and Al Haig as the older statesman at the age of 34. Legitimate enough to be named “The Young Bloods” and great enough to be considered a classic Hard Bop album. A must have, the back cover of album offers the best description, enjoy!

About the album (Click Image below & read back cover with detail PDF):