“The Centaur And The Phoenix” with Yusef Lateef 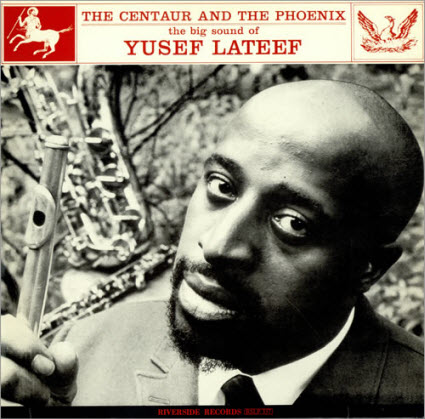 Under-appreciated, as the description below says, can only be a starting point in order to begin to rectify Yusef Lateef’s achievements. He could be the most overshadowed jazz musician in the hard bop era and in the history of jazz. The Jazz Con Class Radio listeners should seriously consider purchasing his music and should begin with this 1960 album “The Centaur And The Phoenix.” They should look back to 1957 where he recorded his first album as a leader. He is still alive (Age 93) and actually recorded an album in 2012. Although he received his due in 2010 from the NEA Jazz Masters, jazz fans should take a closer look at his astonishing career and take special note of his innovations.

An under-appreciated jazz innovator, Yusef Lateef made many strides with regard to instrumentation in jazz. One of the few jazz oboe and bassoon players, Lateef also introduced such instruments as the argol (a double clarinet that resembles a bassoon) and the shanai (a type of oboe) into the jazz setting. However, his main instruments were the tenor saxophone and the flute. On this 1961 record date, the inventive Lateef surrounds himself with a horn section that features, among others, trumpet great Clark Terry and trombonist Curtis Fuller. A bassoonist by the name of Josea Taylor is also heard here and the rhythm section is lead by the noted pianist…..Read More