The great Clifford Jordan is “Spellbound” Mingus in Wonderland 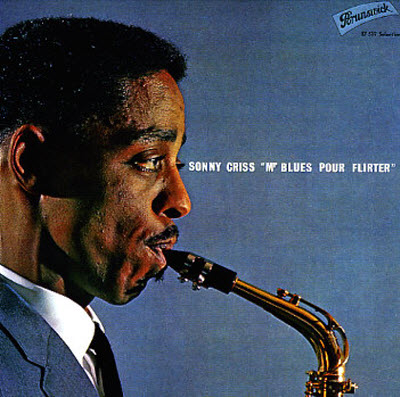 Oh Sonny Criss, he can sure play that  sax and sure could makes it look simple. This album is a Brunswick Records production, a historical American company that built their first phonograph in 1916 (more info below in description). This 1963 album, “Mr. Blues Pour Flirter” is loaded with standards and the Sonny Criss breezing right through with impeccable precision, great stuff!

Sonny Criss was relatively inactive as a leader in the first half of the 1960s, though he did produce outstanding music during two trips to Paris. The latter visit in 1963 resulted in these studio sessions, originally released by Brunswick and reissued in complete form (with three unreleased tracks) by Polydor, before reverting to the initial version on this Verve CD reissue. Powered by some of France’s finest musicians, including guitarist Rene Thomas, bassist Pierre Michelot, drummer Philippe Combelle and pianist Georges Arvanitas, the hard bop alto saxophonist mixes it up with a set which contains classic jazz compositions, standards and an original……..Read More 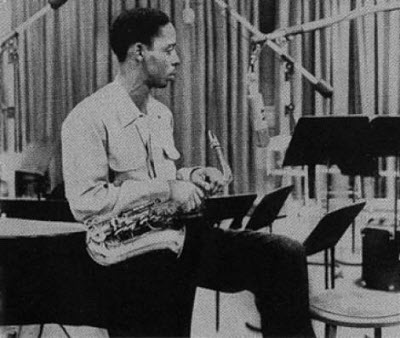 Alto saxophonist William “Sonny” Criss was an anomaly of the jazz musicians who came up during the bebop era. Criss moved to Los Angeles from Memphis at the age of 15, and at 19 played in Howard McGhee’s band with Charlie Parker and Teddy Edwards. As was the norm for every alto player, Parker exerted a huge influence on Criss’ playing. His beefy, earthy tone can be heard on a number of Savoy sessions beginning the next year. Criss drifted, playing in jazz and R&B groups, including those led by Johnny Otis, Billy Eckstine, and Stan Kenton. After joining Buddy Rich in 1956, Criss recorded Jazz U.S.A. for Imperial as a leader; it’s one of the true underground classics of the hard bop era. Imperial — mainly an R&B label specializing in New Orleans acts such as Fats Domino — put no promotional push behind it. Nonetheless, he was able to cut two more sessions for the label: the excellent Go Man! and Sonny Criss Plays Cole Porter. Still playing with Rich, Criss cut At the Crossroads while on tour in Chicago for the Peacock label; the set featured Wynton Kelly and was critically well received…..Read More