“The Mode” and about Sonny Red “Mr. Blues Pour Flirter” and Sonny Criss

The great Clifford Jordan is “Spellbound” 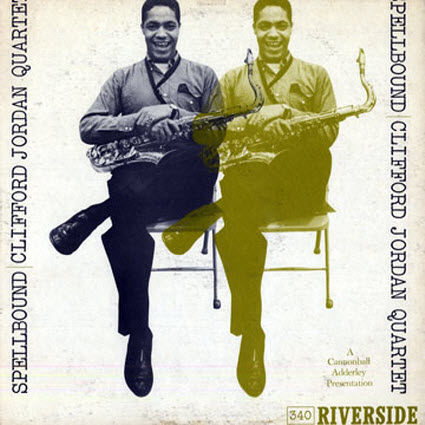 As the description below of this 1960 album explains, the ability of Clifford Jordan is little known and his impact on hard bop has been overshadowed by others who simply were publicized more. His fellow musicians believed in him and recognized his talent, that’s why Cannonball Adderley took it upon himself to produce this album. Charles Mingus also made sure to have Clifford Jordan featured in his recordings and took him along whenever he would tour. “Spellbound” is a great example of straight forward Hard Bop, simple and effective jazz by a simple quartet. Excellent album, get it and listen to one of the best ever tenor saxophone player in action.

Clifford Jordan was a solid and too-often overlooked hard bop saxophonist, and 1960’s SPELLBOUND was his fourth album as a leader. Originally released on Riverside, and reissued on OJC, the album features Jordan backed by bass, piano, and drums. Jordan intersperses readings of Charlie Parker’s “Au Privave” and Billy Strayhorn’s “Lush Life” among his original compositions, and the whole endeavor has an appealing, straightforward feel typical of the era…..Read More