The “Contours” album and about Sam Rivers 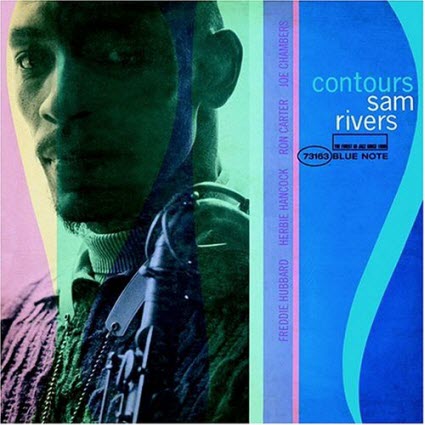 If you are a fan of Avant-Garde and its mid 60’s explosion into notoriety, then this album is for you. Sam Rivers was considered to be one of the best tenor saxophonists of his time by other jazz musicians but like many others he was spoken about. Most likely because his style leaned too much towards the “Free Jazz” side of the spectrum. This album “Contours” was appreciated more because it was recorded with Freddie Hubbard, Herbie Hancock, Ron Carter and Joe Chambers. It is an excellent Avant-Garde album with constant motion, there’s never a boring moment and very innovative. This 1965 album can be used as a perfect example of the direction jazz was heading to, adding more complexity in sound and veering somehow away from the Hard Bop style. If you are a Hard Bop only listener, it would be a good thing to take a listen to this album, great stuff! 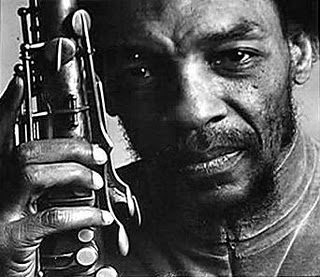 Arkansas-raised tenor saxophonists Sam Rivers (1923), who had studied at a conservatory of music, represented the highbrow alter-ego of Ornette Coleman’s free jazz. Relocating in 1964 to New York, Rivers debuted with Fuchsia Swing Song (december 1964), featuring a quartet with teenage drummer Tony Williams, pianist Jaki Byard and bassist Ron Carter, that was poised halfway between hard bop and free jazz. Rivers struck an unlikely balance within each piece, particularly Luminous Monolith and Downstairs Blues Upstairs, that do not seem to belong any known genre except that they evoke everything from blues to swing to free. Even in relatively straightforward tracks such as Ellipsis and Fuchsia Swing Song Rivers compensated for the simpler material with a style that was an elegant (if somewhat stiff and highbrow) synthesis of styles. The dynamic range was further broadened on Contours (may 1965), featuring a quintet with trumpeter Freddie Hubbard, pianist Herbie Hancock, bassist Ron Carter and drummer Joe Chambers. The five players engaged in some of the most cerebral counterpoint of the era in four lengthy tracks: the nine-minute Point of Many Returns, the ten-minute Dance of the Tripedal, the twelve-minute Euterpe, the nine-minute Mellifluous Cacophony. The sophisticated, austere, atonal Rivers persona came out vividly on the six compositions of Dimensions And Extensions (march 1967), for a sextet with Donald Byrd (trumpet), James Spaulding (alto saxophone, flute), Julian Priester (trombone), Cecil McBee (bass) and Steve Ellington (drums). While a lot less “humane” than John Coltrane or Ornette Coleman, Rivers was no less bold and innovative. In fact, he added the sensibility of the European avantgarde to the creative furor of free jazz. His progression towards a more abstract sound culminated in the 48-minute live improvisation of Streams (july 1973), that basically wed the painful exuberance of free jazz with the surgical explorations of the classical avantgarde. He employed a 64-piece…..Read More

Saxophonist Sam Rivers certainly assembled a team of hot soloists for this album. However, his compositions are more than just vehicles for improvisation. Rivers’s largely angular, even jarring, melodies clearly seek to define a new direction in jazz; they do not fall back on bebop forms or hard-bop funkiness. Each composition contains an abstract “head” and the harmonic underpinning flatly rejects the usual chord progressions found in most standard repertoire. On this 1965 date, Rivers and his band also avoid the blues format. “Mellifluous Cacophony” (performed twice here) is one such example. On this composition, Rivers begins with an asymmetrical melody that suggests atonality. However, the soloing remains firmly rooted in the jazz lexicon, as pianist Herbie Hancock, trumpeter Freddie Hubbard, and Rivers himself rip into these changes with abandon. “Euterpe” is an ethereal ballad……..Read More