The Super Tuesday “Love” Jazz Presentation Cal Massey? And his album “Blues to Coltrane” is featured 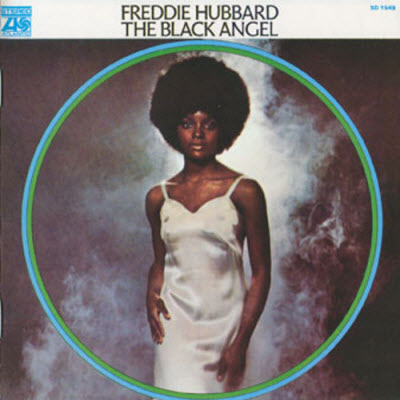 Here’s a sort of introduction/debut album of Freddie Hubbard in accordance to the new wave type of Jazz started by Miles Davis. Hubbard only displays his contribution on the first track named “Spacetrack” and as you will read below on the album description the rest of the tracks fall back to a more Hard Bopish style. Freddie Hubbard eventually created his own style of Jazz from there on and didn’t really follow the path Miles set. Miles’ style was very sophisticated and did over-improvise in a avant-garde manner but was organized and followed its own unique format, he kept it real and understandable. And although he toyed with it, Miles never did enter that Free Jazz zone. Hubbard improvised plenty in his future recordings, he was certainly avant-garde(ish) but he added the “Soul” factor to his songs. His Jazz focused more on the urban youth movement adding that electronic funky beat and in the process did not exclude the Latin presence/influence which was also very strong in the late 60’s. For me in particular, I like Hubbard’s style more than Miles. The Jazz Con Class listeners here should understand that I personally identify with it more because I grew up in the New York City metropolitan area. Also and very important to me, Hubbard didn’t abandon the Hard Bop style, he was more “old school” you could say. He eventually stayed away from the Jazzfusion movement that started afterwards, in the early to mid 70’s. Hubbard continued on with his style and came out with four popular recording after this album, they were Red Clay, First Light, Straight Life, and Sky Dive. “The Black Angel” will be featured for a week or so, check the schedule link for play times, enjoy!

Digitally remastered by Gene Paul (DB Plus, New York, New York). Freddie Hubbard released The Black Angel in the same year as the landmark Miles Davis album Bitches Brew. Its obvious Hubbard wanted to appeal to the emerging crossover rock/jazz crowd of the era. The presence of bop, however, still permeated Hubbard’s playing, unlike Miles who had long since dropped the form. The opening Hubbard composition “Spacetrack” contains fiery avant garde interplay between Hubbard, James Spaulding on alto and Kenny Barron’s electric piano. Thanks to Spaulding and bassist Reggie Workman, much of the playing here maintains intensity. The other Hubbard penned originals, “Gittin Down” is an urgent hard swinging boogaloo and the ballad “Eclipse” features Spaulding on flute and Barron on piano. “Coral Keys” written by Walter Bishop, Jr. and Barron’s “Black Angel have a Latin tinge highlighted by Spaulding’s soaring flute…..Read More