Just another Coltrane masterpiece “Dear Old Stockholm” will be featured 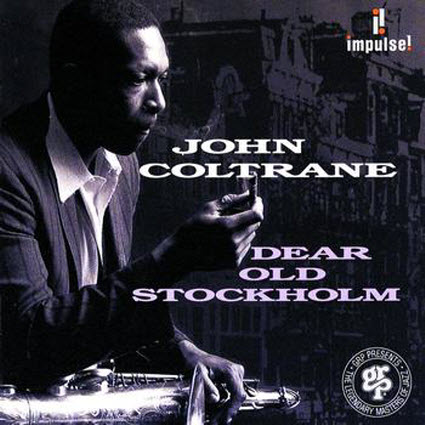 Here’s another great album from Coltrane where he teams up with McCoy Tyner and create a great foundation. The lively relentless drum work of Roy Haynes moves it to right direction and Garrison on Bass fills in all the gaps. This album is very similar in character as the “Crescent” album as they are only a year apart but much, more improvising by Coltrane. “Dear Old Stockholm” will be featured for a week or so, check the schedule link for play times, ENJOY!

Note: To complete the hour I added the song “Crescent” from the “Crescent” Album after the album feature completes.

DEAR OLD STOCKHOLM gathers together studio sessions the Coltrane Quartet made with the great drummer Roy Haynes who was filling in for the remarkable Elvin Jones. “I always tried to get him when Elvin Jones wasn’t able to make it,” Coltrane explained. The resulting studio sessions, now gathered together on one disc for the first time, paint an intriguing sonic alternative to the great Coltrane Quartet of the ’60s. Where Elvin Jones’ is all rolling thunder and elemental energy, Haynes’ polyrhythmic style is more stacatto and jagged. What both drummers had in common was an uncanny intuition for orchestrating Coltrane’s epic melodic inventions, and setting up a freewheeling rhythmic counterpoint to his most complex…..Read More 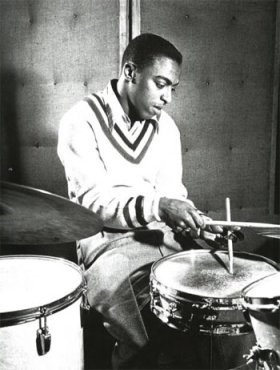 A veteran drummer long overshadowed by others, but finally in the 1990s gaining recognition for his talents and versatility, Roy Haynes has been a major player for half a century. He worked early on with the Sabby Lewis big band, Frankie Newton, Luis Russell (1945-1947), and Lester Young (1947-1949). After some engagements with Kai Winding, Haynes was a member of the Charlie Parker Quintet (1949-1952); he also recorded during this era with Bud Powell, Wardell Gray, and Stan Getz. Haynes toured the world with Sarah Vaughan (1953-1958); played with Thelonious Monk in 1958; led his own group; and gigged with George Shearing, Lennie Tristano, Eric Dolphy, and Getz (1961). He was Elvin Jones’ occasional substitute with John Coltrane’s classic quartet during 1961-1965, toured with Getz (1965-1967), and was with Gary Burton (1967-1968). In addition to touring with Chick Corea (1981 and 1984) and Pat Metheny (1989-1990), Haynes has led his own Hip Ensemble on and off during the past several decades. When one considers that he has also gigged with Miles Davis, Art Pepper, Horace Tapscott, and Dizzy Gillespie, it is fair to say that Haynes has played with about everyone. He led dates for EmArcy and Swing (both in 1954), New Jazz (1958 and 1960), Impulse (a 1962 quartet album with Roland Kirk), Pacific Jazz, Mainstream, Galaxy, Dreyfus, Evidence, and Storyville…….Learn More

Jazz Con Class Radio
The 2020 "Let Independence Ring" Fundraiser is NEARING THE END! Please Help Fight the threat of Commercials and Ads with Your Support! Fundraiser will end as soon as the goal is met, PLEASE GIVE! LEARN MORE
Hello. Add your message here.