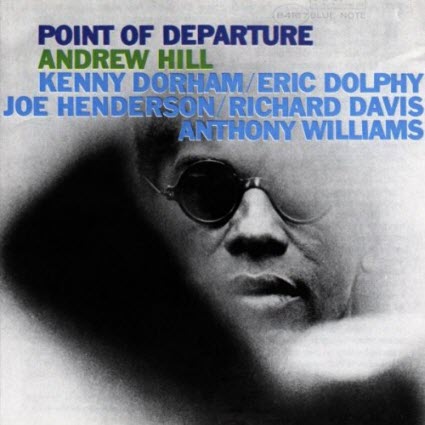 This album was named “Point of Departure” appropriately as the Jazz Con Class listeners will immediately discover. It was recorded in 1963 and when the Avant-Garde era was not really present yet. Of course, “Free Jazz” did exist already by then and had a strong influence on Avant-Garde but was too experimental at the time. This album, along with a few others, was more of a benchmark and had a much stronger foothold. No, not a solid stamp really exist on how Avant-Garde Jazz should sound like but this here album does prove that it could be “organized.” Jazz thrives on improvisation, this is its main engine, its lifeline. But to separate one Jazz era from another, some sort of musical distinction between each other must exist and with its own identity. This particular album was a groundbreaking one and with the perfect combination of musicians to pull it off. The Jazz Con Class listeners here will get a better understanding of why it was named “Point of Departure.” It will be featured for a couple of weeks then placed in the “Avant-Garde” playlist afterwords. Check the schedule link for air times, enjoy!

Trying to describe Andrew Hill’s POINT OF DEPARTURE in words is like trying to explain the pictures made by a kaleidoscope–it’s impossible to be completely articulate about something so magically unique. Of course, with an assembled cast that includes Kenny Dorham, Eric Dolphy, Joe Henderson, Richard Davis, and Tony Williams all in their creative prime, Hill would have been hard-pressed not to come up with a masterpiece of these proportions. The result is, indeed, a record that is a beacon of the New Thing movement, which was coming to the foreground in the early ’60s.

From oddly swinging cuts like “New Monastery” to the intricately mesmerizing “Flight 19,” Hill proves to be a both a pianist and composer of incomparable range as he and his legendary sidemen explore……Learn more