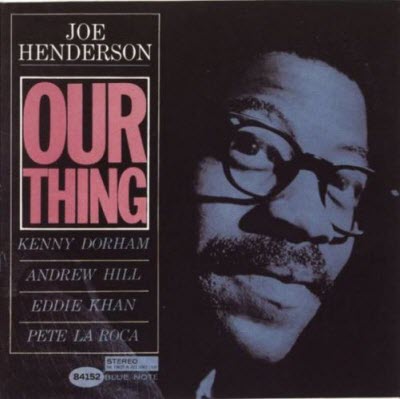 All the listeners of Jazz Con Class will enjoy this album feature of Joe Henderson as he gives you more of an insight of “his thing” and  let’s you make it “your thing” so it can be “Our Thing.” Great stuff, check the schedule link for the times it will be airing. This album will be featured for about two weeks and then placed in the Hard Bop playlist, Enjoy!

The partnership of Joe Henderson and Kenny Dorham yielded a handful of fine sessions for Blue Note in the early ’60s. Among them, OUR THING stands as a particularly excellent testament to their combined brilliance. Henderson’s second date as a leader, OUR THING is part of a triumvirate that includes his first Blue Note date, PAGE ONE, and Dorham’s UNA MAS, representing the best of the pair’s recorded output of the period. Also sitting in on the session is the eclectic pianist Andrew Hill, who would use Henderson and Dorham on his own landmark date POINT OF DEPARTURE……Learn More 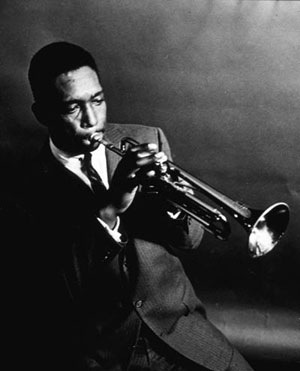 Kenny was born into a musical family on August 30th, 1924 in Fairfield, Texas. At age 7, he began piano lessons, switching to trumpet while attending high school in Austin. His debut on the trumpet was with a dance band at Wiley College, where he studied pharmacy.

In 1942, he joined the army, becoming a member of their boxing team and in 1943, began working with trumpeter, Russell Jacquet, “Illinois” Jacquet’s older brother. He later moved to New York City, playing and singing with Dizzy Gillespie’s band, as well as other groups, including Billy Eckstine, Lionel Hampton, and Mercer Ellington. He earned the nickname “Quiet Kenny” due to his quiet, subdued sound, replacing Miles Davis in Charlie Parker’s group from 1948 to 1950…..Learn More